Closing Irish water wont cost €7b, nor anything like it. Today we read, based on internal (and therefore of course unbiased …) documents from Irish Water that to close it would cost “up to €7b).

END_OF_DOCUMENT_TOKEN_TO_BE_REPLACED 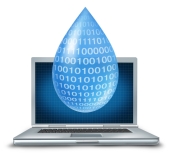 We are not good, in Ireland, at joined up thinking. This is particularly evident when one looks at government. It’s a pity, because some times a bit of joined up, and perhaps outside the box, thinking might provide solutions to a number of interlinked problems. Take Irish  water …. yes, yes, we know the joke END_OF_DOCUMENT_TOKEN_TO_BE_REPLACED

The most annoying aspect of the entire omnishambles that is Irish Water is that it is ongoing, fractal, and recursive. Take my efforts to get them to TAKE MY MONEY.. which they wont. Is there no end to the inefficiency of this organisation?

END_OF_DOCUMENT_TOKEN_TO_BE_REPLACED

So this morning the news that Irish Water will, in all probability, not be allowed off the state balance sheet. It remains with us, unlike its instigator, Phil Hogan, now off the state accounts (except for his contingent liability of pension) Given that a main, and in principle laudable, aim of setting it up was to allow that, and in doing so allow it borrow away to invest without that borrowing being on the state headline debt burden, this is a major blow. But how big a shambles is it? Lets compare

END_OF_DOCUMENT_TOKEN_TO_BE_REPLACED

We are not good at joined up planning in this state. As the economy improves and the state begins to have some discretionary income, it is perhaps too much to hope for that the historical  approach to planning, of random actions that at best don’t join well or at worst cut across each other, that this will be supplanted by some degree of rationality.
END_OF_DOCUMENT_TOKEN_TO_BE_REPLACED

A few months ago I registered with Irish Water, on the phone. I didn’t see the need for the PPS numbers so used the phone method. At no stage did I give my PPS details. Imagine my surprise when I got not one but two letters today from IW, signed by Paul O’Donaghue, head of customer relations. What a job that must be…

END_OF_DOCUMENT_TOKEN_TO_BE_REPLACED

Questions Raised Regarding the Awarding of Irish Water Metering Contract.

This is a really interesting statement by Catherine Murphy, TD, on Irish Water.  The core of it is as follows

In a PQ reply on June 12th 2013, Minister Hogan confirmed that the end of that month would be the closing date for bidders to apply to be considered for the metering contract. GMC/SIERRA, company number 530230 was one of the successful bidders yet that same company number did not come into legal existence until the 15th of July 2013. Fifteen days after the closing date for bids. How can it be that a company that did not exist when the deadline for bids closed could be awarded a contract? It would appear that GMC/SIERRA, a company with Denis O’Brien as a vested party, was somehow awarded a contract before it even existed?

Answers on a postcard please.  If what Ms Murphy has alleged is the case, then surely there is a question over the whole process?

The debacle surrounding Irish water, which is by no means yet resolved, has highlighted once again the importance of communications.  Indeed, much of the blame in relation to Irish water is being laid at the door of communications, from the company and from the government. Personally, I dont think any amount of communication genius could have sold the system as it was. Part of the problem is how we react to debate in this polity.  END_OF_DOCUMENT_TOKEN_TO_BE_REPLACED

It’s little wonder that the Irish government has not pressed harder against the European central banks approach to the Irish banking crisis. The reality seems to be that both are very similar, in at least one key characteristic. Both seem unable to accept that a mistake, once made, should be acknowledged as such, and that this does not have to represent a humiliating climbdown but rather evidence of a learning organisation. END_OF_DOCUMENT_TOKEN_TO_BE_REPLACED