Would you trust a banker? Stop laughing now…you there, in the back, stop it… Now, seriously, would you? More to the point perhaps, would a banker trust you? And what matter if they did or didn’t? Generalising, how much trust do you place in your business partners up and down the supply chain?  In others in the financial system? And does it matter? END_OF_DOCUMENT_TOKEN_TO_BE_REPLACED

Insanity, we are told, is doing the same thing time and again and expecting a different solution. By that definition, and no surprise to anyone who has watched the slow motion train wreck that is the Eurozone, the ECB is insane. But, as I have written in 2014, there is a cure.

END_OF_DOCUMENT_TOKEN_TO_BE_REPLACED

So : we know now that Ireland was indeed threatened. But a bigger issue seems to lurk , but this may be just my ignorance END_OF_DOCUMENT_TOKEN_TO_BE_REPLACED

So nobody knows what is going on in Greece. Tspiras seems willing, as he has done all along, to compromise. Meanwhile, Dr Schaubel, which is German for “hell, no”, seems to as willing to be as uncompromising as possible, in between lecturing the ECB

If Greece does GREXIT, which is not certain, this will result in a depreciation of the currency by up to 50% some reckon. And here is the rub. Greece is critically dependent on certain things which will get expensive, while its exports (in trade) are not that large nor perhaps that amenable to rapid rampup in the face of increased demand concomitant on falling prices, or are indeed priced in non Euro currencies anyhow. While tourism and services help, Greece runs a massive CA deficit. The logic of GREXIT is that somehow not only will debt disappear (only if they default in tandem will that happen) but that exports will boom. Well, maybe.

This whole thing has been grossly mishandled, and while the Greeks have a bunch of blame, the TROIKA must take the lions share. If they are, as Lagarde said, the “adults” then its time to start behaving like it.

The departure of Patrick honohan from the central bank caps a week where the Irish public saw the true reality of central bank independence. END_OF_DOCUMENT_TOKEN_TO_BE_REPLACED

END_OF_DOCUMENT_TOKEN_TO_BE_REPLACED 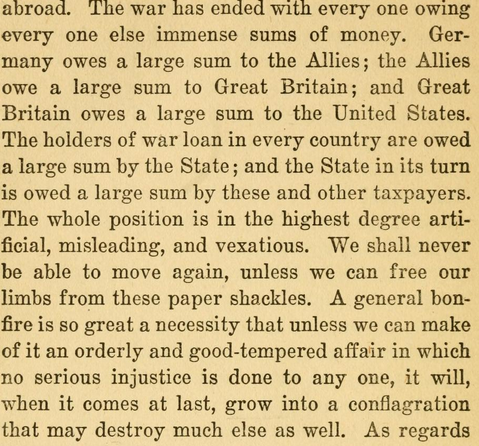 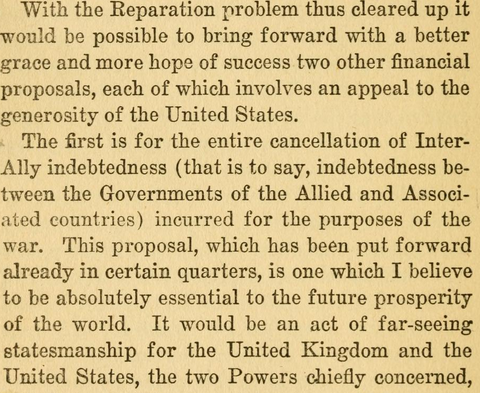 In 1953 Germany got a debt writeoff at the London Debt Conference. What was good for them is more than good for its European community colleagues.

So the ECB has, years late and trillions short, decided to act rather than to react. Having passively allowed its balance sheet, shrink By €1 trillion over the last two years it has now decided to inflated its balance sheet by €1 trillion over the next two years. One of the things that central banks are supposed to do is to ensure stability. Looking back from the end of 2016 the gyrations of the ECB balance sheet will hardly inspire. Nonetheless the proposal to engage in quantitative easing, of a sort, is welcome. But its more a constipated squeezing than real quantitative easing.  END_OF_DOCUMENT_TOKEN_TO_BE_REPLACED