This is an expanded and linked version of the column “My Education Week” which appears each Tuesday in the Irish Times.

This week is Trinity Week, culminating in the Trinity Ball, which means teaching semester is over. Which, if one believes everything one reads in the papers means that I and every other third level academic is off work until the autumn…would that this were so, but it remains a pleasant fantasy. No scheduled teaching means one can catch up further on the Sisyphean tasks of administration, research and student management! The perception of lazy academics is one that is all too common, but recent research suggests an average working week of 50h, above that of the european norm. Its a sad commentary on irish public discourse when research, carried out by a highly prolific academic in her area, is dismissed and all but called academic fraud by commentators simply because it doesnt conform to expectations. That coarsening of debate is something about which as academics we should be most concerned.

Sunday evening is generally when both I and Mrs Prof, a primary school teacher, organize our work week. She plans the weeks lessons, I outline my ‘to do’ lists and deal with any weekend issues. As a college tutor in TCD one finds oneself dealing with all sorts of odd requests above and beyond the norm. This Sunday the fire to be fought is a student who has that weekend been given a chance to go on an internship in Singapore, very relevant to her degree, but this would entail missing examinations and a decision is needed fast. I email her, she rings me, we talk and plot out a route to be tried on Monday morning.

Monday morning I stop off in Kildare FM en route to work, and talk for half hour on both my new book “what if Ireland defaults” and on general economic issues. Local radio is a powerful force in Ireland, and too often ignored by commentators. Part of the job of all professors is to profess and what better way than to discuss ones works with the public who after all pay a large chunk of my salary! The remainder of the morning is taken up with finalising my thoughts on paper for my appearance on Wednesday at the Oireachtas Subcommittee on European Affairs, regarding the Fiscal Compact. Monday is Trinity Monday and as always there’s a great buzz in Front square when the names of new scholars and fellows are announced. Its hard to think that its nearly 10 years since I was made fellow. Time flies when your having fun! This year there are 103 scholars, a record, reflecting the exceptional quality of students we are privileged to have. The afternoon is taken up with finalising and submitting a paper, a meta analysis of research on the linkage between property values and aggregate stock/bond market returns, to a US journal. Submission costs €125 and I decide to pay that myself rather than dip into my research funds (where I divert my media earnings) which I use for travel for myself and for postgraduates and for things like launching books….

Tuesday The MSc in Finance in TCD is unique Ireland in its range of professional partnerships, with linkages established with Bloomberg, PRMIA, CFA and CIMA (the signing ceremony of which is shown here). I set aside time to talk to MSc Finance students, but some exam issues mean that a number cant make it. We talk anyhow to those that can make it and reschedule the rest. These are students who are to be under my supervisory wing throughout the summer as they undertake their dissertation which accounts for 1/3 of their degree. I have 10 to manage but am also the general ‘go to’ person in the supervisory group for issues around data and statistical analyses beyond the norm so I usually get to see most of the 50 plus students at some stage. The students will work on these projects for the summer and hand up the work in late august. Some projects are industry linked, others are pure research, others expanding on previous work. Of the ten students I am supervising 3 are Irish. The projects range from analyses of option pricing, through dividend policies, to work on the determinants of personal financial risk taking. Its hugely challenging and enormously rewarding each summer to work with the masters students on their projects. We get an update from the head of school on the fundraising for the new Business School Building (going surprisingly well given the times that are in it) and news that a new colleague has accepted (at lecturer level) the position in strategic management which was created when Professor John Murray died, 18 months ago. The norm now in irish academia is that no matter how senior, experienced and internationally well qualified and recognized is a person, if they depart and are replaced at all that will be at the lower end of the scale. It takes time, and experience to mature as an academic as for any post. We are eroding academia from the top down. I talk to a Finnish newspaper on the Irish banking collapse, and they keep asking the same question as all overseas commentators do : why on earth did we do the bank guarantee. I have no printable answer…

Wednesday the Dean of Students Honor Roll is announced, recognizing students for non-academic involvement in college life, such as volunteering and tutoring/mentoring second level students in the inner city. Of the 400 honoured 38 are business students. College is of course much more than simply classes and the creation of rounded socially aware business graduates cannot be but a good thing for the future. The morning is taken up with attendance at the Oireachtas Subcommittee, in the company of several others, namely Jimmy Kelly and Michael Taft of UNITE and Megan Greene. Presentations are here (me, Greene, Kelly, Taft, and here is a link to the transcript of the debate). While one might decry the antics of the Oireachtas at times, it is our sovereign parliament and it both is and should be an honour to be asked to present ones views to it for consideration. I certainly take that perspective. We present our views on the fiscal compact; I concentrate on the effect of same on the financial markets, while the others concentrate on the macroeconomics. We have a good round of questioning.

Afterwards I have lunch with Megan, who is senior economist with Roubini Global Economics, who also attended the committee. Over lunch we have a lively exchange with some parliamentary researchers about the future of the Euro. In the afternoon i catch up on some emails about the UK and Ireland Chapter of the Academy of International Business , on whose executive i sit, and attend to my role as Editor of a journal (Research in International Business and Finance) I divert a query from a Sunday newspaper to someone who knows more about it than me. and get pleasant news with a paper accepted to a reasonably decent US based journal, subject to some minor (mainly editorial) changes.

Thursday involves sorting out the sessions for a large conference I run every year, with over 150 papers in all areas of finance. As usual in excess of 95% of the papers are from overseas, and we expect about 200 delegates. Having run this for 10 years in Ireland, it’s probable that the conference will go overseas from 2013, as the lack of sponsorship from domestic financial institutions makes running it here increasingly difficult. Despite having attracted Nobel laureates, having attained significant international credibility, being linked with one of the top international journals in finance and having had present each year the leading finance researchers there is worryingly little commercial interest in pure knowledge. This is in stark contrast to France and Italy where the conference is bound for the next decade and where financial institutions are more than willing to interact from the very start with academia I also catch up with some PhD students, and we discuss how they will overcome some issues, publicise the research and discuss how to interact with an overseas financial institution which is funding one study. I talk to a Norwegian academic who is researching the Irish banking crisis, and try not to be embarrassed when they note that not only did they not get anywhere in getting an interview with official sources they didn’t even get a reply. We have a long way to go yet before we realise that sunlight is the best disinfectant. We seem to have not only zombie banks but vampire-like openness in the permanent government.Later in the afternoon I meet with the people from Orpen press, and we discuss a series of talks to be held in bookshops to push the debate which we have opened with the book “what if Ireland default”

Friday I spend working from home, as I try to do each week for at least a day. Knowledge work requires a brain and a pc. The physical location is of minor relevance, and research requires for me at least uninterrupted time to think and muse. While the work of science academics typically requires them to be at their benches etc to do experiments, for arts, humanities and social science research this is not the case. There is a recent push towards trying to tie academics to their desks : this not only flies in the face of government policies on teleworking it is wholly misguided. So, the attic it is, where I work to finish a paper on small firm finance I am doing with a colleague in DCU and another collaborative project on gold prices which involves researchers in the USA and Australia. While none of these will generate patents they should I hope advance human knowledge a little bit.

What Im listening to : I generally stream baroque or early church choral music when im doing writing or research, and for walking/commuting 1970’s and 80’s rock such as Led Zeppelin, Lizzy, Guns n Roses…. 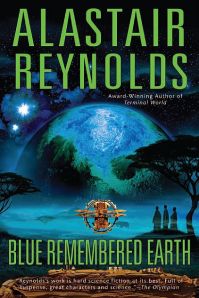 What Im reading : In the Shadow of the Sword by Tom Holland and Blue Remembered Earth by Alastair Reynolds.

What Im watching : The Good Wife and Homeland, two top notch US series. Also Game of Thrones and Alcatraz

3 thoughts on “A week in higher education”