The below is a version of an invited opinion piece done for Eolas magazine, an information magazine for senior public officials.

The fiscal compact treaty, an intergovernmental but not EU treaty, is in essence a further codification of the existing rules to which countries are supposed to adhere under the Maastricht Treaty.

The main elements of the compact are that countries maintain a balanced budget, that they move to a debt to GDP ratio of 60%, and that they generally act prudently. It does not, quite, rule out occasional breaches of the budget balance but these will it seems have to be agreed before hand at a central level. Countries that do not sign up to the treaty will be ineligible to obtain funding from the European Stability Mechanism, the new permanent bailout or rescue fund that the EU will set up. The details of the treaty are set out in the box.

In so far as these broad provisions go, there is little in principle to object to. Where problems arise for me and for many are in the details, where the devil always lies. 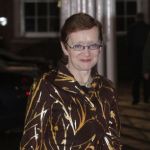 First, the advice of the AG was that this needs to be placed securely in the constitution, as the automatic requirements on budget processes and paths interfered with the powers of the oireachtas. The constitution should in my view be the place for broad statements of principle with the details of how these are to be implemented left to the interpretation of parliament. It is not clear to me that it is a good principle or precedent to place detailed rules into the constitution, tying the hands of future governments.

Second, the definition of whether the budget is balanced or not is dependent on a rather slippery economic concept. From an accounting basis we can see if the government is in surplus or deficit. But it is possible to be in accounting surplus or deficit and under the terms of this treaty be classed otherwise. The precise wording is “the annual structural balance of the general government is at its country-specific medium- term objective as defined in the revised Stability and Growth Pact with the annual structural deficit not exceeding 0.5% of the gross domestic product at market prices.” Thus, a concept, which is not uniquely defined, a structural deficit, is introduced. To consider this further, we need to understand what the structural balance is. This is the financial or accounting position that the government would find itself in were the economy to be growing at its ‘optimal’ pace. In other words, excluding temporary and one off issues, such as windfall gains and losses, what would the position be? More formally it can be defined as the actual balance less one off measures less the effect of where the country is in terms of its business cycle. Thus to estimate the structural deficit requires the actual balance (easy enough), one off measures (in principle easy enough) plus a measure of the effect on the balance of the output gap or where the economy is versus the business cycle. The latter is the problem, as it in effect requires a model of where the economy SHOULD be at, and clearly different models will give different results. There is no generally agreed model, and we have seen over the last decade that as models change there can be large variations in whether countries are in structural balance, deficit or surplus. The EU commission would appear to be the determining body in the compact and they have one model, but it is entirely probable that with advances in econometric modeling and our understanding of the economy this model will change, and with it perhaps the determination of whether an economy is in surplus or deficit. Absent an agreed definition, which is improbable, this would seem to me to be a dangerous metric to set ourselves against

Third, the compact requires that countries that are over the 60% debt to GDP level adjust the excess by 1/20 of the outstanding balance each year (as well as complying with the injunction to be not in deficit). Given that the peak debt/GDP ratio is now expected to be c120% we will have to run not a balanced budget but a budget that is in surplus (whether measured by reference to structural or other criteria). Given the fiscal, economic and political difficulties we face at present in adjusting to a 3% deficit in 2015 the reality is that the next several decades will be ones that will see fiscal policy dominated by the need to adhere to the compact and pay down debt.  The fiscal compact will in essence set the budgets for the next twenty to thirty years

Fourth, it is simple to show that in the long run an economy’s debt to gdp ratio converges to the ratio of its average % deficit to the average % nominal growth rate. Leaving aside the structural issues above the actual deficit cannot under the pact be more than 3%, and if we are to stay on the convergence path it will be considerably less. If we have 3% growth in nominal GDP and an average deficit of say .75% over the years our average debt to GDP will converge not to 60% but to 25%. While excessive debt is a fiscal drag the existence of a pool of quality government bonds is a prerequisite for a healthy pension and fund management industry. Too little debt can be as deleterious as too much.  Taken across the EU even to move to the 60% rule will require the removal of over €2 trillion of government debt from the asset pool. The consequences of this will be to concentrate demand on remaining assets and this will have the effect of driving up prices for government bonds and driving down interest rates. While that may seem a good thing, too low an interest rate can result in negative real rates. Faced with that pension and asset funds will either have to accept this or seek other baseline assets outside of government bonds. This aspect of the Fiscal Compact has received scant coverage

There are other problems with the compact: it is not clear that had it been in place the credit bubble would have been pricked earlier, nor is it clear that it would preclude another.  The clear desire of the EU is that the compact be in a strong legal position domestically. In most European countries that is achievable via changes to the constitution without referenda. The government here had an opportunity with the Fiscal Responsibility Statement Bill introduced in by Senator Sean Barrett, to have in place a legislative base on which to build the essence of the compact, but the history of non-government bills is that they do not make it into law. That was a missed opportunity as the main kicker of the Fiscal compact is the exclusion of states not adhering from further aid via the European Stability Mechanism. Although the government has determinedly stuck to it s guns that we will not need this, as we will be back in the market, the brutal reality is that few believe that to be the case. One could have imagined a scenario where the Fiscal Compact was in its form amended to give a codicil whereby domestic legislative measures could be ‘taken as being’ the equivalent, but absent such a provision here this would have been useless. This threat of exclusion, faced with the reality of an ongoing if declining deficit after 2015 and the need to refinance tens of billions of existing debt is the only reason to (find oneself forced to) vote yes for such a treaty.

BOX: What is the treaty –

3 thoughts on “Eolas: Knowledge is power on the Fiscal Compact”